The building, at the top of Tithe Barn Street near the junction with Northgate in Horbury,  formerly known as St Leonard’s Hospital stands on the site of a house, left in 1731 by Richard WORMALD, a Horbury yeoman and divided into rooms for use by needy people. It was then known as Wormald’s Almshouses. The Charity Commissioners Report of 1899 stated that only one of the rooms was occupied, by a man chosen by the vicar and churchwardens. The other rooms were then so dilapidated as to be uninhabitable.

Canon John SHARP, then the Vicar of Horbury raised money for the demolition of the property and the erection of four one bedroom houses, behind which there was a dwelling for a parish nurse. The site was enlarged by about 500 yards and commemorated Queen Victoria’s Jubilee and the old nickname, Bedlam, dropped in favour of St Leonard’s Hospital. Canon Sharp laid the foundation stone and the building was dedicated by William Walsham Howe, the first Bishop of Wakefield (1888 – 97). The Parish Nurses’ house was never used for that purpose but as a cookery school and later let at 2/6 per week to a private tenant.

One of the tenants was reported as complaining of damp (probably Nehemiah Eastwood, my Gt Gt Granddad)!) and the Charity Commissioners noted that the only advantage of living in St Leonard’s Hospital for tenants was that the residents paid no rent. The Church received only £7.50 per year towards their upkeep, and as none of the houses had a bathroom and only one outside toilet between the four, the Commissioners agreed to their closure. In 1969 they were used as a Youth Centre and then converted into a Parish Room to replace facilities lost when the old vicarage in Northgate was demolished.

(information from “Some Horbury Yesterdays by R D Woodhall)

St Leonard’s Hospital as it is today 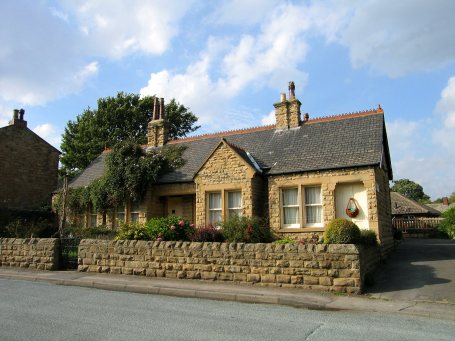 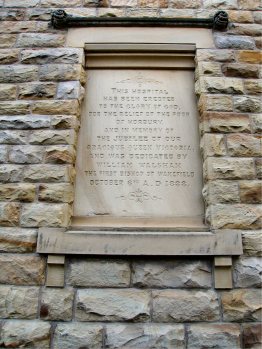 The Commemoration Plaque in honour of Queen Victoria’s Jubilee 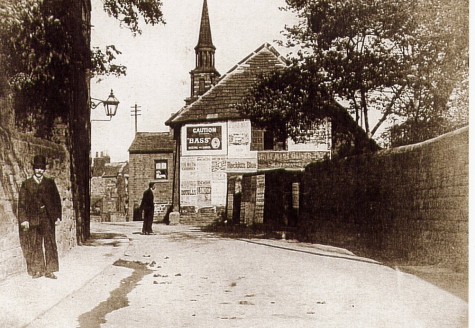 At the top of Tithe Barn Street On the right was the Old Graveyard (now a car park).

THE HOUSE OF MERCY

The House of Mercy was established in 1858. It occupied a spacious building of mediaeval appearance, which was erected in 1863, at a cost of about £13,000, situated on Dovecote Lane in Horbury near to the Cemetery, It was managed by the sisters of St. Peter the Apostle, who in 1880 conducted a high school for girls in the House. 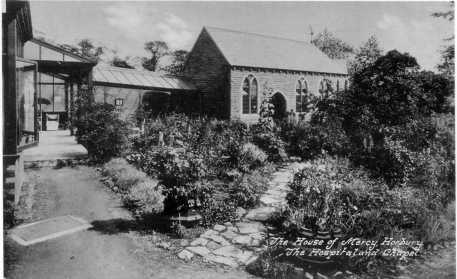 THE HOSPITAL AND CHAPEL 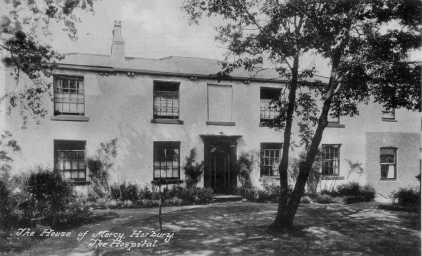 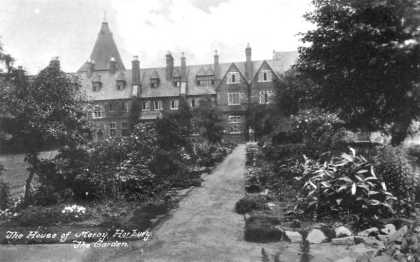 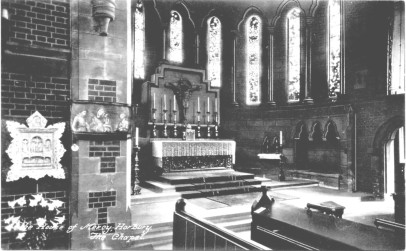 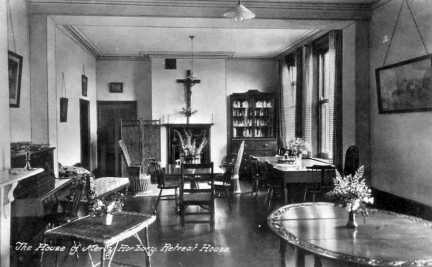